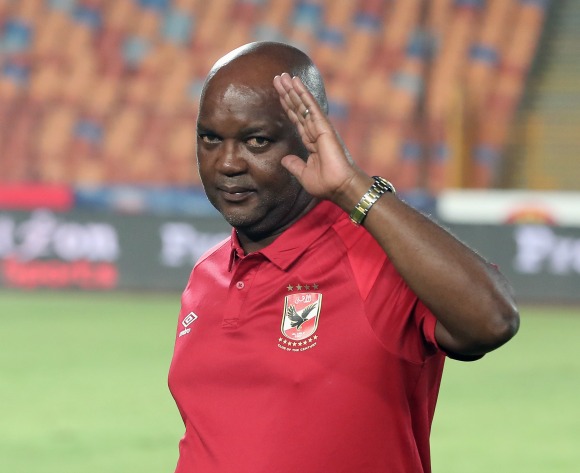 Al Ahly head coach Pitso Mosimane has encouraged his team to loosen the shackles as they prepare to face tournament favourites Bayern Munich at the Fifa Club World Cup in Qatar.

The Red Devils set up a semi-final showdown against the Uefa Champions League holders at Ahmed bin Ali Stadium in Al Rayyan on Monday, with a 1-0 victory over Al-Duhail on Thursday evening.

Hussein El-Shahat’s first-half strike proved to be enough for the nine-time Caf Champions League winners who are aiming to improve on their third-place finish at the 2006 tournament.

Mosimane, 56, has taken all of the pressure off his team ahead of Monday’s showdown and encouraged the Egyptian giants to have ‘fun’ against their more favoured opponents.

“Against Bayern Munich we should have fun I think, we have nothing to lose but everything to gain,” Mosimane said following their win over Al-Duhail. “Imagine we win that match, our lives would change.

“It’s a very difficult match to go and win, against a big team who are champions, who won the Cup, the league and lifted the Uefa Champions League.

“Okay, we did the same in Africa, won the treble, but they’re Bayern. They’ve got pressure because they’re expected to beat us where we don’t have that pressure.

“They [Bayern] are a great team that beat Barcelona 8-2,” the former Mamelodi Sundowns coach added.

The winner of Monday’s match will face either Palmeiras or Tigres UANL in next week’s final.