The Gambia have ended top of Group D in the Africa Cup of Nations qualifiers despite a 1-0 loss in their final match away to DR Congo in Kinshasa on Monday evening.

The result at Stade des Martyrs, combined with former leaders Gabon losing 2-0 in Angola, saw the Scorpions leapfrog to the top of the log, further underlining their worth as first-time qualifiers for the AFCON. The Leopards, meanwhile, finished third, just a point behind Gambia and Gabon, but that will serve as little solace in their unsuccessful campaign.

A quiet opening to the game saw both teams looking to establish dominance in the midfield, though DRC were forced to shuffle their pack just past the midway point of the first half when they replaced defender Ernest Luzolo Sita with Fabrice N’Sakala.

Nonetheless, the Leopards managed to take a stranglehold on the game and claimed the lead in injury time before the interval, with Kazadi Kasengu scoring from the penalty spot to see the hosts 1-0 up at half time.

The Scorpions opted for a double change at the start of the second stanza, with Assan Ceesay and Alasana Manneh rising off the bench – and they were soon followed by Bubacarr Jobe and Musa Barrow as the visitors looked to get back into the game.

The Gambia put together some promising moves, but they lacked precision in their final pass or cross, leaving DRC goalkeeper Baggio Siadi mostly untested.

The hosts, meanwhile, looked to offer a major threat on the break and the introduction of Jackson Muleka and Tresor Mputu off the bench gave their attack added impetus, with the latter denied by a fine save from the Gambia’s Sheikh Sibi with just under 20 minutes to play.

The remainder of the match saw the teams trade half chances, but ultimately DRC were able to hold out for a consolation win. Gambia will be disappointed at the loss, but overall remain joyous at a first-ever qualification for the Nations Cup. 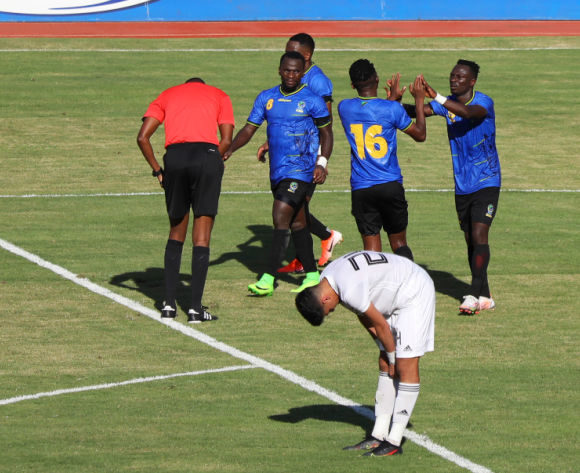