Baroka FC and Kaizer Chiefs drew 1-1 in the DStv Premiership match at the Peter Mokaba Stadium on Thursday afternoon.

As a result, Bakgaga Ba Mphahlele moved up to the 11th spot on the league standings, while Amakhosi remained in position nine.

Amakhosi started the match brightly with Samir Nurkovic looking lively for the hosts and the Serbian centre forward was desperate to grab an early goal within the first 15 minutes of the game.

Nurkovic collided with Baroka goalkeeper Oscarine Masuluke twice and the referee Velaphi Sicelo waved play on after the Chiefs striker was brought down in the box.

Bakgaga Ba Mphahlele took control of the match after the half-hour mark with Goodman Mosele unleashing a snap shot that missed the target and Gerald Phiri placed his header wide of the target.

Richard Mbulu had a chance to hit the back of the net in the 39th minute, but he failed to keep his header on target after connecting with Phiri’s well-taken free-kick.

Chiefs did threaten just before half-time when Daniel Cardoso played a dangerous ball across the face of goal and the score was 0-0 at the interval.

Bakgaga Ba Mphahlele were the better side in the opening proceedings of the second-half, but it was Amakhosi, who broke the deadlock after some good work by Khama Billiat.

The Zimbabwe international played a backheel pass to Lebogang Manyama, who rounded Masuluke, before finding the back of the net to hand Chiefs a 1-0 lead two minutes before the hour-mark.

The hosts attempted to respond with a goal and they were awarded a free-kick in a promising area and Phiri’s effort from the resultant set-piece went just over the crossbar.

Baroka coach Matsimela Thoka introduced Joslin Kamatuka and Tshidiso Patjie as the Limpopo-based side looked to grab the equalising goal inside the final 16 minutes of the game.

Kamatuka did make an impact on the game in the 81st minute when he grabbed an assist as his cross found Evidence Makgopa, who fired past Chiefs goalkeeper Itumeleng Khune to make it 1-1.

Chiefs had a chance to snatch a late winning goal in stoppage time, but Billiat’s effort was blocked by Masuluke and ultimately, the match ended in a 1-1 stalemate. 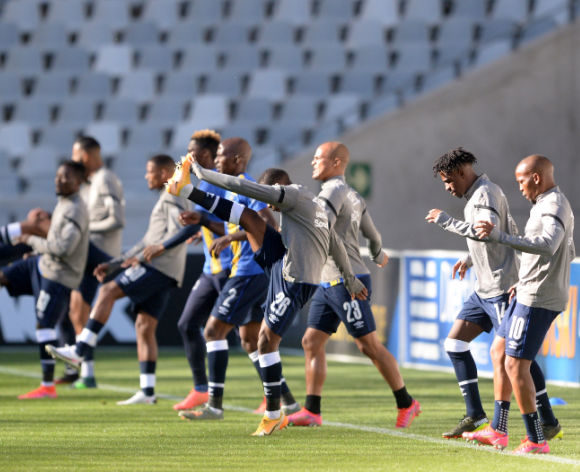