Emmanuel Ampiah of Enyimba challenged by Mahmoud Hamada of Pyramids

Raja Casablanca and Pyramids FC will renew their rivalry in the CAF Confederation Cup.

The two teams will meet for the third and fourth time in the 2020-21 season with the winner to play in the final of this season’s tournament.

Raja booked their spot in the semifinals with 5-1 aggregate win over Orlando Pirates. The 2018 champions defeated the Buccaneers 4-0 Stade Mohammed V on Sunday with goals from Ben Malango (two), Zakaria El Wardi and Soufiane Rahimi.

As a result, Raja will meet Pyramids in the final four. The Green Eagles defeated the Egyptian club home and away in the group stages but will be mindful as to not underestimate their North African rivals who beat Enyimba 5-2 on aggregate.

Pyramids held Enyimba to a 1-1 draw in Aba following a 4-1 win in Cairo last weekend.

Cotonsport and JS Kabylie will meet in the other semifinal.

After being away from the competition since 2014, Cotonsport made it to the semifinals for the third time in their history after beating ASC Jaraaf on the away goals rule.

Sibiri Sanou scored an all-important away goal for the Cameroonian giants in Thies in a 2-1 defeat, following a 1-0 win Garoua. 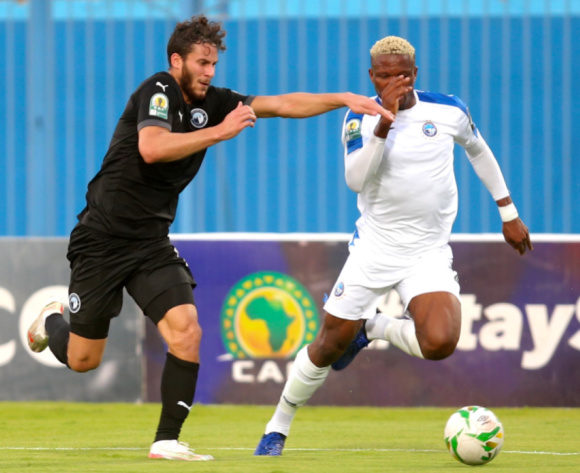