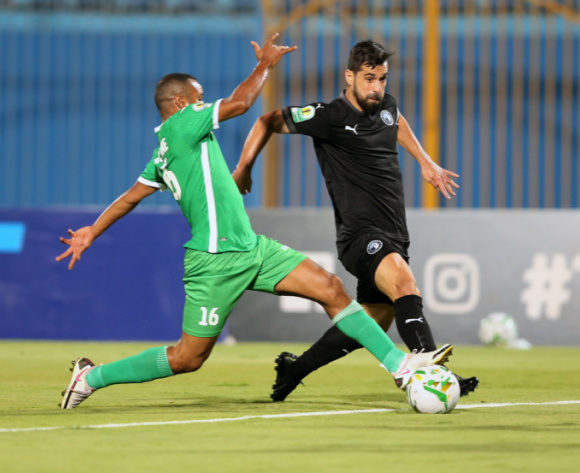 Pyramids FC will be aiming to exact revenge on Raja Casablanca and book their spot in the 2020/21 CAF Confederation Cup final with a positive result at Stade Mohammed V on Sunday evening.

Raja remain odds on favourites to win a second Confed Cup title since 2018 following a 0-0 draw in the semifinal first-leg in Egypt last weekend.

Pyramids, though, will take confidence from the fact that they were able to keep Raja from scoring for the first time in this season’s tournament and know that a score-draw in Casablanca would be enough for them to reach the final for a second successive season.

“It was a tight game where each team was looking for any mistake from the other side so they could make use of it and score, which is why it ended in a scoreless draw.

“We have played the first 90 minutes and there are still 90 more minutes to be played. The qualification to the final depends on the second-leg.”

Soufiane Rahimi and Ben Malango have scored nine goals between them in this season’s tournament, three of which came against Pyramids on their way to finishing top of Group D with a perfect record, but they just couldn’t find a way past Ahmed El Shenawy last time out.

“We played a good game and could have scored,” said Raja’s head Coach Lassaad Chabbi. “We had three opportunities to score but they were all missed. Pyramids had one serious chance in the second half.

“The scoreless draw is a good result for us. We still have a chance in the return game. Any team can score in the second leg and win; chances are levelled. We will forget about this game and focus on the second game in order to qualify.”

The aggregate winner will face either JS Kabylie or Contonsport FC in this year’s final, set to take place in Cotonou, Benin on July 10.