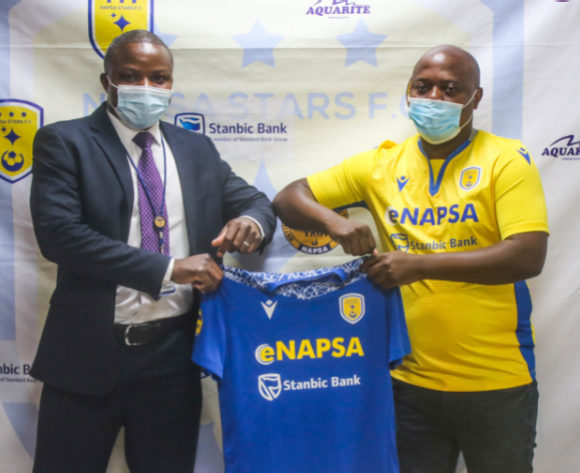 Perry Mutapa has been appointed as coach of relegated Napsa Stars and has been handed the target of guiding them back to the FAZ Super League at the end of the 2021/2022 FAZ National Division 1 campaign.

Napsa were demoted at the end of the 2020/2021 season following a ten year stay in the FAZ Super Division.

The Lusaka club has handed Mutapa a one-year deal and joins Napsa after leaving Power Dynamos by mutual agreement a month ago where he had spent two years.

Mutapa is not new to the promotion game after guiding Lusaka Dynamos back to the Super League in 2015 following a five-year absence in what was also his debut stint as a coach.

“I think we shouldn’t be cheated because it (Division One Football) is very competitive. It is a tough league,” Mutapa said.

“Obviously, I have some experience from Division One but there will be a lot of teams that would be competing to go into the Premier Division like Nchanga Rangers, ‘Mighty’ Mufulira Wanderers and Young Green Eagles.

“So it will be a very tough one but all we need to do is to work hard.”

Bit Mutapa added that they could pull it off.

“It is very attainable, and I couldn’t have come here if it wasn’t attainable so for me it is just about hard work from ourselves and from everyone involved with Napsa Stars including the players,” Mutapa said.

‘”Of course there were other teams in the Premier Division I could have joined but I chose Napsa.

“So it shows the seriousness Napsa have to bounce back to the Super Division.”