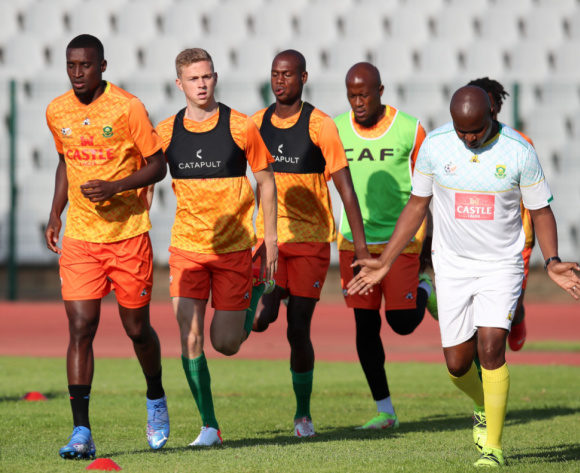 Siyanda Xulu of South Africa leads the warm up during the 2022 World Cup Qualifiers South Africa Training Session on the 05 October 2021 at the Dobsonville Stadium, Soweto ©Muzi Ntombela/BackpagePix

Ethiopia will look to claim the scalp of Group G leaders South Africa when the teams meet in a 2022 World Cup Qualifying match at the Bahir Dar Stadium on Saturday 9 October 2021, kick-off at 15:00 CAT.

South Africa top the standings on four points after their September matches produced a 0-0 draw away to Zimbabwe in Harare and a 1-0 home win over Ghana in Johannesburg, in which Bongokuhle Hlongwane scored a late decider.

Bafana Bafana coach Hugo Broos said he is hoping to build on the victory over the Black Stars and claim all six points on offer against their East African opponents, with the return game set for Johannesburg next midweek.

“In the qualifiers for the World Cup or AFCON it’s very important you win your home games,” the 69-year-old Belgian said. “Every point you lose in home games is something you have to get back away, and that is always more difficult. But if you want to be first in the group you need to win once away.

“For the moment we do what we have to do, but we now have two games against Ethiopia and I would like to win them both. I think if we succeed in that, then we will be very close.”

Ethiopia are third on the group standings, level with Ghana on three points. The Walia Ibex opened their campaign with a narrow 1-0 defeat away to the Black Stars, but recovered with a 1-0 victory over Zimbabwe in Bahir Dar in which Aschalew Tamene scored an injury-time penalty.

Ethiopia coach Wubetiu Abate has a talented squad to call upon, with the standout player definitely striker Abubeker Nasser, who racked up 29 goals in 23 domestic league matches for his club Ethiopian Coffee last season.

In head-to-head stats, Ethiopia and SA have met in two previous matches: they were also World Cup Qualifiers (ahead of the 2014 tournament in Brazil) and the Walia Ibex claimed four points thanks to a 1-1 away draw at the Royal Bafokeng Stadium in June 2012 and a 2-1 home win in Addis Ababa a year later.

The other Group G match on Saturday sees Ghana host Zimbabwe at Cape Coast Stadium, kicking off at 18:00 CAT. 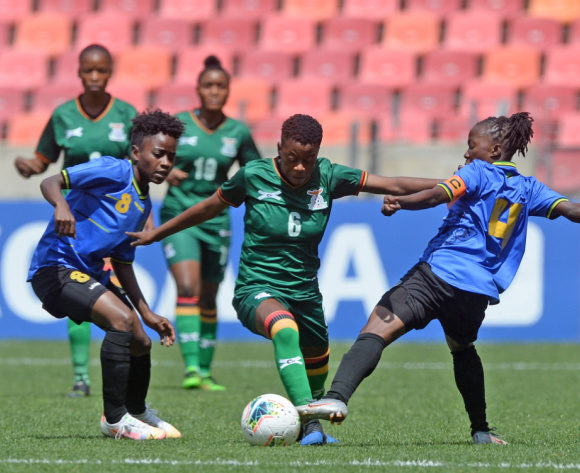