Ayegbeni: Why Nigeria will qualify for 2022 World Cup 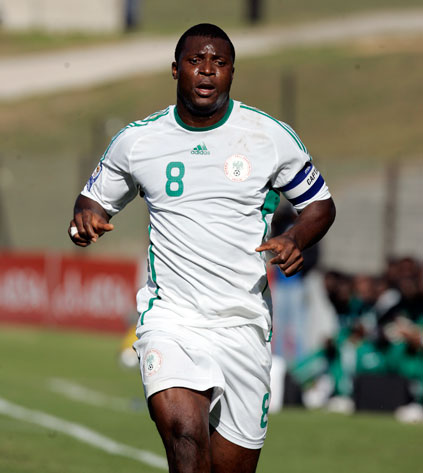 This is despite the West African giants having been stunned 1-0 by the Central African Republic (CAR) in a Group C match in Nigeria on Thursday.

However, the Super Eagles got their revenge on Sunday as they secured a 2-0 win over CAR away thanks to goals from Leon Balogun and Victor Osimhen.

Nigeria are currently placed at the top of the group standings – two points above second-placed Cape Verde and only the group winners will advance to the next round.

“I think when any country wants to play Nigeria, they always give more and it gets tough,” Ayegbeni told Goal.

“We might have lost one game, but I still believe we’ve got a chance to qualify for the 2022 Fifa World Cup.”

Ayegbeni, who played for Nigeria at the 2010 World Cup finals in South Africa, feels that the Super Eagles have enough quality to qualify for next year’s tournament.

“I think with the players we have in the team like [Wilfred] Ndidi as well as [Victor] Osimhen the striker, we have a chance to qualify,” he continued.

“I’m not scared but I know we’ll qualify because we’ve got the players. We’ve struggled in the past to qualify for the World Cup.

“But I think with this team and the way they play now, and the countries they’re playing against now, I think we’ve got chances to pull through.”

Ayegbeni is the third highest scorer in the history of the Nigeria national football team, and represented them at four African Cup of Nations finals and the 2000 Summer Olympic.