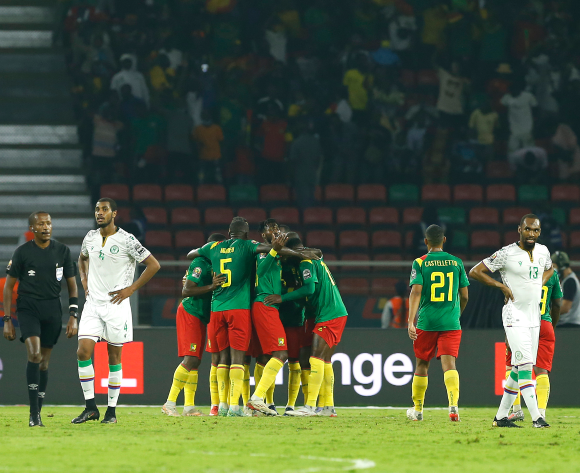 Karl Toko Ekambi of Cameroon is congratulated for scoring the opening goal during the 2021 Africa Cup of Nations Afcon Finals football match between Cameroon and Comoros at Olembe Stadium in Yaounde, Cameroon on 24 January 2022 ©Alain Guy Suffo/BackpagePix

Host nation Cameroon had to dig deep to beat 10-man Comoros 2-1 at the Olembe Stadium on Monday night and earn a place in the Africa Cup of Nations quarter-finals.

Toni Conceicao’s side were made to toil for much of the round-of-16 clash in Yaounde, but goals either side of the break from Karl Toko Ekambi and Vincent Aboubakar saw them through to the next round.

Youssouf M’Changama pulled one back for the Indian Ocean islanders nine minutes from time and they can exit the tournament with their heads held high after a brave performance.

The Coelacanths knew they were up against it, having to play without a recognised goalkeeper, but the Indomitable Lions didn’t have things all their own way in the first half.

Indeed Amir Abdou’s men had the first sight at goal after just three minutes when Benjaloud Youssouf’s free-kick on the left was spilled by Andre Onana, although M’Changama couldn’t pick out a team-mate in the middle on the follow-up.

However, their task was made that much harder with the seventh-minute dismissal of captain Nadjim Abdou for a reckless challenge on Moumi Ngamaleu following a VAR check.

Cameroon looked to capitalise quickly, but Aboubakar failed to test stand-in keeper Chaker Alhadhur from the edge of the box on 12 minutes after being teed up by Toko Ekambi.

Ngamaleu was also guilty of missing the target with a free-kick on the quarter-hour mark that cleared the crossbar, while Toko Ekambi spurned a glorious opportunity to break the deadlock three minutes later when he fired wide of the near post after being released down the left flank and advanced on goal unopposed.

The Lyon forward made amends for that miss though, as he gave the five-time African champions the lead on the half-hour mark. Ngamaleu picked out an unmarked Aboubakar inside the box and he squared the ball for Toko Ekambi, who found the bottom-left corner of the net from 14 yards out.

Comoros continued to play a passing game despite being a man down and they almost restored parity two minutes later. Onana made two saves in quick succession as he did well to keep out Ahmed Mogni’s first-time shot at full stretch before stopping Youssouf’s effort with his feet on the follow-up.

The Central African giants went into the break with just the one-goal advantage, but they ramped up the pressure in the second half.

Alhadhur was called into action three minutes after the restart as Aboubakar directed a free header straight at him from Ngamaleu’s cross on the right, while Toko Ekambi failed to covert another right-wing cross at the back post on 51 minutes.

Alhadhur produced heroics three minutes later with a double save to deny Aboubakar one-on-one and Ngamaleu on the rebound.

Aboubakar had the ball in the back of the net on 65 minutes after converting Toko Ekambi’s low cross from the left, but the offside flag had already been raised.

Christian Bassogog nearly made an immediate impact from the bench moments later when he latched onto a pass from Clinton N’Jie and fired just wide of the left post from inside the box.

Aboubakar eventually got his goal 20 minutes from time as he easily beat Alhadhur at close range after being played in by Martin Hongla.

The Coelacanths refused to throw in the towel and substitute Abdallah Ali Mohamed forced Onana into a save at his near post from an angle on the right in the 73rd minute following M’Changama’s threaded pass.

Onana then pulled off a superb save to turn aside Ben Nabouhane’s fierce strike from 10 yards out in the 79th minute, but he was beaten just two minutes later by M’Changama, who whipped a free-kick into the top-left corner of the net from all of 35 yards out.

Alhadhur capped off a fine display in goal when he punched Hongla’s first-time shot over the bar in stoppage time to keep the scoreline at 2-1. 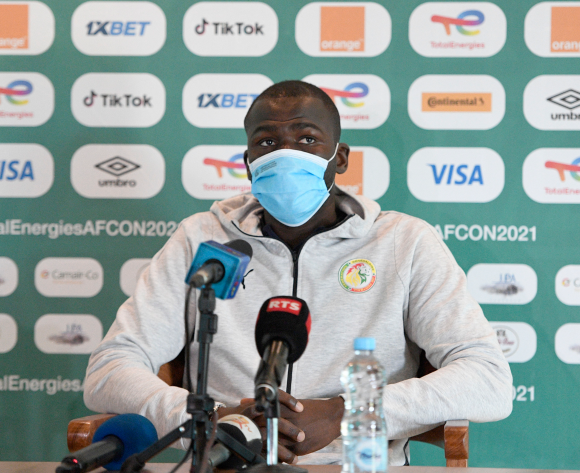 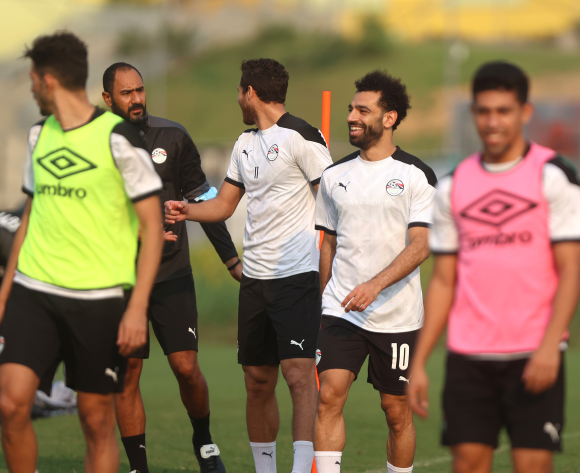 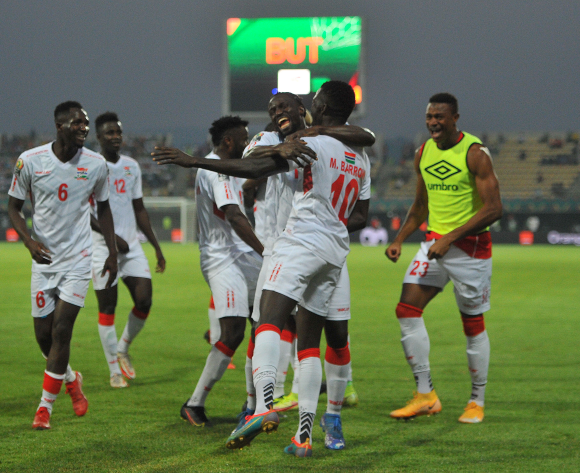 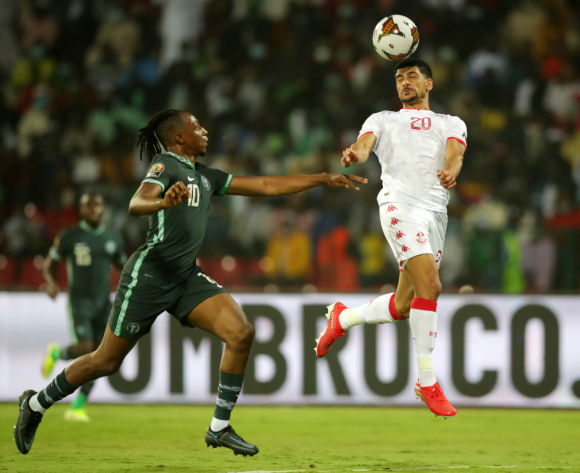 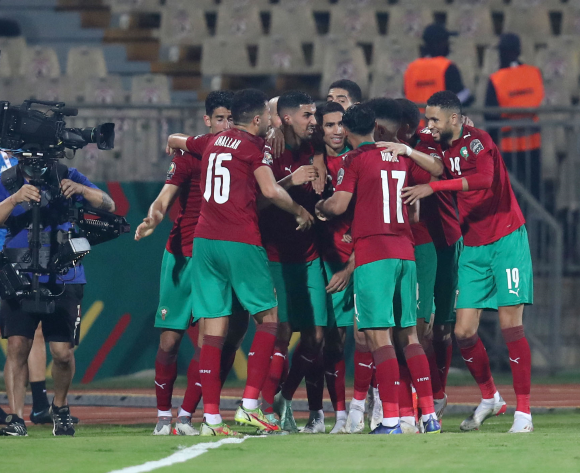 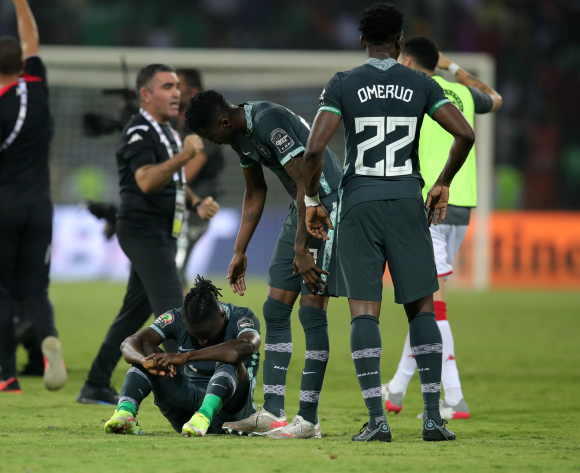