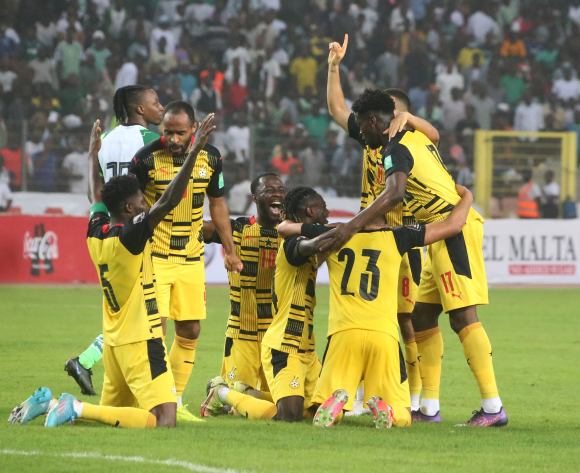 Ghana have secured a place at the 2022 World Cup after they held hosts Nigeria 1-1 in a CAF Third Round qualifier at the Moshood Abiola National Stadium in Abuja on Tuesday night.

The tie ended 1-1 on aggregate (following a 0-0 draw in the first leg in Kumasi last week), but Thomas Partey’s early strike ensured the Black Stars claimed a ticket to Qatar 2022 on the away goals rule.

The Super Eagles, who scored an equaliser through captain William Troost-Ekong, will miss out on the World Cup finals for the first time since 2006.

The Black Stars stunned the packed stadium by claiming the lead after just 11 minutes: Thomas Partey fired off a low, long-range effort which should have been kept out by Francis Uzoho, but the goalkeeper made a mess of his attempted save and allowed the ball to deflect off his body into the net.

Nigeria looked for a quick reply and Victor Osimhen flashed a shot across the face of goal from the right of the penalty area a short while later, while the 18th minute saw a sustained attack from the hosts which featured a penalty appeal from Ademola Lookman and a shot which needed a sharp save from goalkeeper Joe Wollacott.

Referee Sadok Selmi then went to the sidelines on the advice of VAR and was convinced by replays to award the Super Eagles a debatable penalty for a challenge from Dennis Odoi on Lookman. Captain William Troost-Ekong took the spot kick and fired into the top corner to make it 1-1 on 22 minutes.

Nigeria thought they had claimed the lead on 34 minutes when a long ball from midfield put Osimhen in behind the defence, with the striker then bursting past the challenge of Wollacott before turning the ball into an empty net, but the goal was ruled out by VAR for offside.

The Super Eagles kept up the pressure right to half-time – giving Wollacott a few nervy moments in the process – but the interval arrived with the teams still level at 1-1.

Ghana made a triple change at the start of the second stanza, with Daniel Kyereh, Elisha Owusu and Andy Yiadom replacing Jordan Ayew, Baba Iddrisu and Abdul Fatawu Issahaku, while Nigeria’s Abdullahi Shehu took the place of the injured Onyeka.

The Black Stars made a promising start to the second half, but the Super Eagles were soon back in control and creating attacking pressure, with Emmanuel Dennis heading narrowly wide from a corner kick on 55 minutes, followed by Osimhen having an acrobatic volley that flashed just over the crossbar.

The hosts boosted their attack with the introduction of tricky winger Moses Simon off the bench just after the hour mark, but Ghana stood firm in defence and continued to frustrate the team in green and white – with anxiety slowly building in the packed stands.

Nigeria had another roll of the dice with just over 10 minutes of regulation time left to play, as veterans Odion Ighalo and Ahmed Musa were introduced off the bench to replace Dennis and Etebo, while Osimhen had another spectacular volleyed effort on 84 minutes but again he failed to find the target.

That proved to be as close as the Super Eagles would come to a late winner, with Ghana stubbornly holding out to secure a draw and claim a place at the global showpiece which will be held in November and December later this year.

This is Ghana’s fourth successful World Cup qualification campaign and sees them return to the tournament to add to their previous appearances in 2006, 2010 and 2014.

1-1 on aggregate; Ghana win the tie on the away goals rule 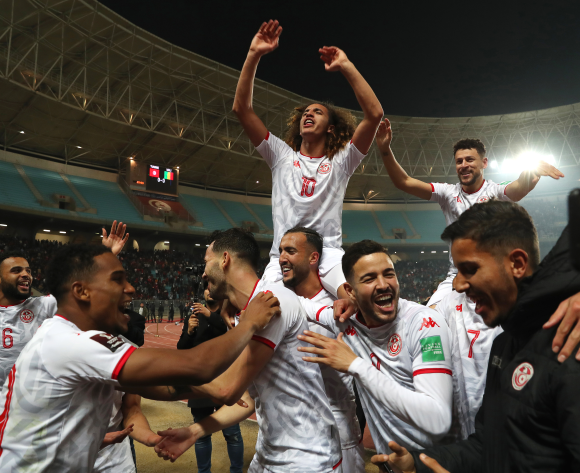