Brazil back on top 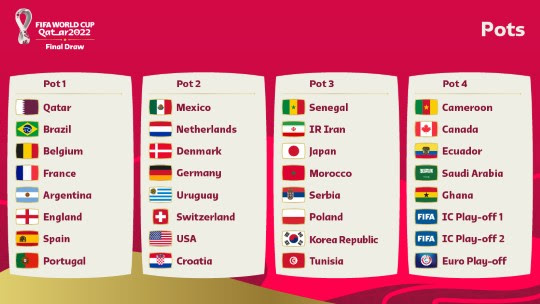 Having already spent the longest time at the top of the FIFA/Coca-Cola World Ranking (4,731 days), Brazil (1st, +1) returned to the summit in March 2022, five years after they were last there.

Recent wins for the Seleçao over Chile (4-0 at home) and Bolivia (4-0 away) in the qualifiers for the FIFA World Cup Qatar 2022™ enabled them to overtake Belgium, who had been in first place for the past three years but who failed to get the better of Republic of Ireland on 26 March, drawing 2-2 in a friendly.

The March 2022 table is therefore a new chapter in rankings history, but more than that, it will be used to calculate the seeds for the FIFA World Cup Qatar 2022 Final Draw which will take place this Friday 1 April.


Belgium (2nd, -1) are now on the second step of the podium, ahead of France (3rd) who remain unchanged. Behind this top three, Argentina (4th), England (5th), Spain (7th) and Portugal (8th) are the next best placed teams with regard to the Draw, keeping in mind that Italy (6th) will be absent following their defeat in the play-off semi-final.

The next FIFA/Coca-Cola World ranking will be published on 23 June 2022.

Biggest drop by places    Azerbaijan and Somalia (minus 8 places)

Teams that are no longer ranked    None

Inactive teams that are no longer ranked    None