Junior Dion of Marumo Gallants celebrates goal during the 2022 Nedbank Cup Quarterfinals match between Marumo Gallants and Baroka FC at the Peter Mokaba Stadium, Polokwane on the 09 April 2022 ©Muzi Ntombela/BackpagePix

Marumo Gallants claimed a 1-0 victory over Baroka FC in the Nedbank Cup quarter-final match at the Peter Mokaba Stadium on Saturday afternoon.

The win saw Bahlabane Ba Ntwa progress to the semi-finals of the South African FA Cup, while Bakgaga Ba Mphahlele crashed out of the lucrative tournament.

Bahlabane Ba Ntwa dominated the match from the start with most of their attacks coming via the right flank through former Orlando Pirates wide players Mpho Mvelase and Joseph Molangoane.

Mvelase was afforded space and time to deliver a low cross for Lerato Lamola, who was denied by goalkeeper Elvis Chipezeze at the near post with the Bakgaga Ba Mphahlele’s defence exposed.

Gallants continued to launch attacks and they created another good chance when Molangoane played a lovely cross for Ndabayithethwa Ndlondlo, but Chipezeze came out to make a smart save.

The score was 0-0 during the half-time break with Gallants having dominated the first half without scoring.

Baroka came out rejuvenated following their half-time team talk with coach Kgoloko Thobejane, but coach Dan Malesela’s men were not prepared to sit back and defend.

Sede Dion was unlucky to break the deadlock when he hit the woodwork with a header after the Bakgaga Ba Mphahlele’s defence was caught ball watching and this served as a wake-up call for the visitors.

Evidence Makgopa delivered two top-quality crosses which found an unmarked Sipho Maluleke, who somehow failed to head the ball home from close range on both occasions.

Baroka were left to rue these two missed chances when Dion headed home Monde Mphambaniso’s exquisite cross as the two substitutes combined to hand Gallants a 1-0 lead with 10 minutes left.

The goal sealed Gallants’ well-deserved 1-0 win over Baroka as they grabbed the bragging rights of the Limpopo Derby – progressing to the semi-finals in the process. 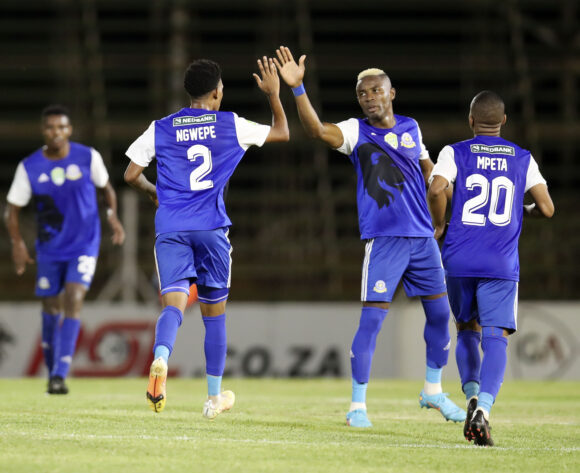