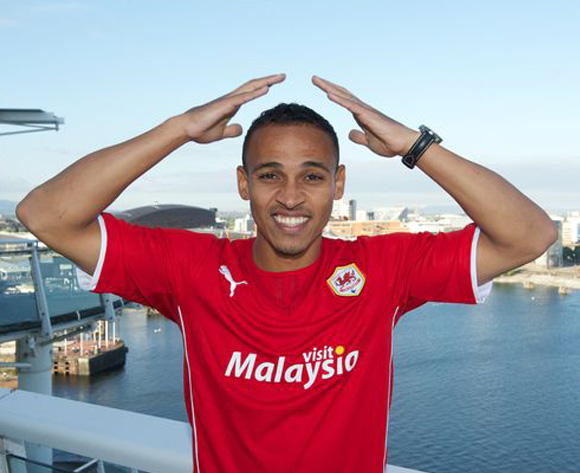 EPL side Stoke City have confirmed Osaze Odemwingie will join up
from Cardiff City should he pass a medical and agree personal terms.

Stoke announced on their official website Nigeria striker Osaze
is set to join them.

He will move in a swap deal involving Stoke City striker Kenwyne
Jones.

In the summer, 32-year-old Osaze, who is expecting his second
child, signed a three-year contract worth about 2.5 million Naira after a
troubled time at West Bromwich Albion

He has featured in 15 matches and scored two goals for the Welsh
club.

He wishes for more playing time as he hopes to make Nigeria
final squad to the World Cup in Brazil in June.