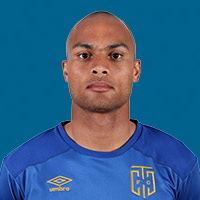 Veteran defender Robyn Johannes will make a return to the PSL in the 2016/17 season when he turns out for new club Cape Town City. The 30-year-old was signed by the Mother City team in the offseason, having spent 2015/16 on the books of First Division side AmaZulu. Johannes, who has represented Bafana Bafana three times, has also played for University of Pretoria, Mamelodi Sundowns, Orlando Pirates, Golden Arrows and Maritzburg United in his career.