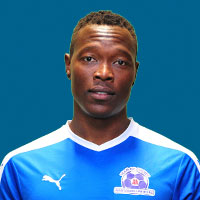 Since being converted from a defender to a midfielder, Maritzburg United star Philani Zulu hasn't looked back. The left-footed attacker played all of the Team of the Choice's 30 Absa Premiership matches during the 2016/17 campaign.