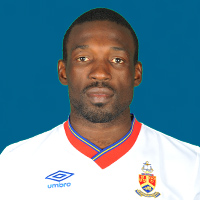 Mwedihanga arrives at the University of Pretoria from AmaZulu and will add valuable cover in defence. The Namibia born centre back was a regular for Usuthu last season, but parted ways with the club following the expiry of his contract. There is no doubt former boss Steve Barker would’ve encourages AmaTuks to land the sturdy defender who will be eager to enjoy a good first season in the capital.