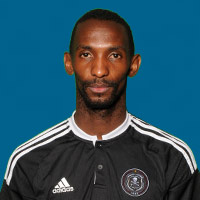 A fan favourite due to his skills and dribbling wizardry, Thabo Rakhale established himself as a regular for Orlando Pirates last season, blazing a trail down either wing. Though he’s sometimes ‘hit or miss’ the 24-year-old has shown signs of greater consistency in recent times and could become a top class winger with more experience under his belt.