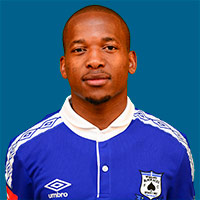 After spending the 2014/15 season on loan from Orlando Pirates, Aubrey Ngoma has signed permanently with Black Aces ahead of the 2015/16 campaign. The left-footed attacking midfielder impressed for AmaZayoni last season and the club will be delighted that they have managed to secure his services on a permanent basis. He first played in the PSL with University of Pretoria in 2012/13.