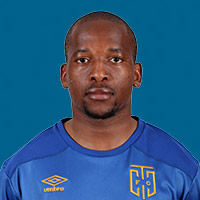 Aubrey Ngoma was a key player for Cape Town City last season, forming a formidable attacking line-up alongside the likes of Lebogang Manyama, Bhongolethu Jayiya and Lehlohonolo Majoro. The left-sided winger, who will turn 28 early in the 2016/17 season, has also represented the likes of University of Pretoria, Orlando Pirates and Black Aces in his top flight career, but it is at the Citizens that he has produced arguably his best football.