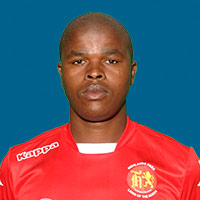 The former AmaTuks left-back made a name for himself in the South African capital, having penned his first professional deal with the University of Pretoria in 2011. Following the club's relegation back to the NFD, the logic decision for the Daveyton-born fullback was to jump ship in search of top flight football. A consistent performer, Sibande will be a huge miss for Tuks with the Lions of the North to profit from his Absa Premiership experience.