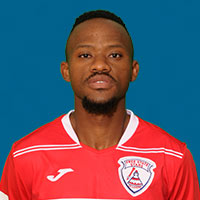 After spending a lengthy time training with Free State Stars heading toward the 2016/17 season, Thokozani Sekotlong was signed by the club. The 25-year-old attacking midfielder has played for University of Pretoria and Maritzburg United in his career and will hope to prove that Ea Lla Koto were wise to invest in his services.