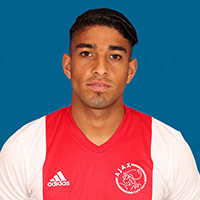 Travis Graham has grown into the role of captain at Ajax Cape Town and enjoyed a good season in 2015/16, dominating the middle of the park for the Urban Warriors. The 23-year-old is now into his fifth season in the PSL and is regarded as one of the best all-round midfielders in the country. Expect him to continue to grow from strength to strength in the new campaign.