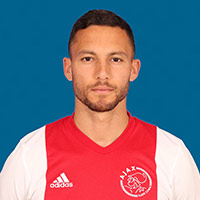 The versatile Roscoe Pietersen has often been shunted from one position to another through his career, but in the 2016/17 season he carved out a niche for himself as a regular in the heart of defence for Ajax Cape Town. The 28-year-old was impressive as a centre-back and swill only get better as he gains more experience and playing time in the position. Pietersen, who has also been on the books of Chippa United and SuperSport United, will look to pick up in the new 2017/18 season where he left off in the last.