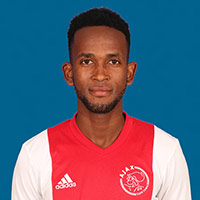 One of Ajax’s first choice defenders, Mosa Lebusa enjoyed plenty of playing time last season and only enhanced his reputation through the strength of his performances. The 23-year-old, who came through the club’s youth ranks and has also featured for iKapa Sporting, will look to continue where he left and further establish himself as a key man for the Urban Warriors.