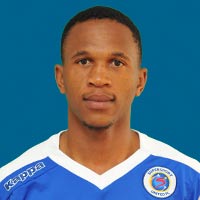 Mpeta snubbed a move to Orlando Pirates and Mamelodi Sundowns in favour of joining SuperSport United with the left-back officially completing his move to the capital side in January 2015. The 25-year old struggled for game time in his first six-months with the club, with Sibusiso Khumalo bossing a place in the team and the former Platinum Stars fullback will be hoping for more game time this season.