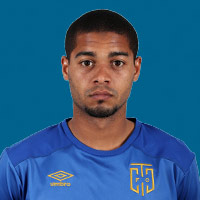 Defender Ebrahim Seedat enjoyed a breakthrough campaign for Cape Town City in the 2016/17 season, appearing in just over half of the club’s matches. The 24-year-old left-back will hope to kick on in the new campaign and establish himself as a genuine regular in the Citizens’ starting XI. Seedat has also represented European sides Lokeren and Degerfors, as well as Bidvest Wits and Milano Unite in his club career.