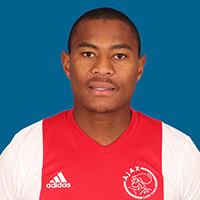 Prince Nxumalo had a frustrating 2016/17 season, managing just five league goals through the campaign as he struggled to hit top form on a consistent basis. The former SuperSport United and Golden Arrows player will hope to hit the back of the net a lot more often in the 2017/18 season, though he will also need more consistent service from his midfield. Nxumalo, who started out his football career at the Amaqhawe Football Academy, has also represented Bafana Bafana.