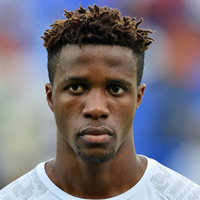 Wilfried Zaha is a former England international, who is now turning out for the Ivory Coast national team. The 24-year-old winger is expected to make his competitive debut for the Elephants during the 2017 Africa Cup of the Nations (AFCON) finals. He's currently on the books of Crystal Palace.