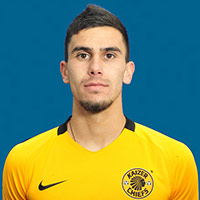 As of one of the few positives from Kaizer Chiefs' 2016/17 campaign, Lorenzo Gordinho, who is now a Bafana Bafana international, will be hoping to continue his development at Amakhosi in the central defence.