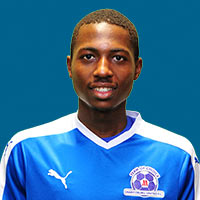 Bandile Shandu proved to be one of the most promising midfielders in the Absa Premiership last season. The young midfielder, who hails from Pietermaritzburg, will be hoping to continue impressing in his fifth season with Maritzburg United.