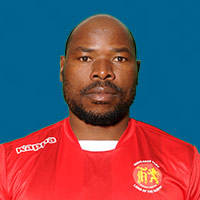 Undoubtedly Highlands Park's marquee signing ahead of the 2016-17 Premier Soccer League season, the burly forward has terrorized South Africa defenders for just over a decade. The reigning Absa Premiership Lesley Manyathela Golden Boot winner - a title he also won while playing for Kaizer Chiefs in 2005 - has set his sights on another outstanding season in the country's top flight. The Zambia international attracted strong interest from Bloemfontein Celtic, but eager to remain in Gauteng, he decided to join the Tembisa-based club. The Lions of the North is Ntofontofo's seventh PSL club having also played club football in England, Portugal and Turkey.