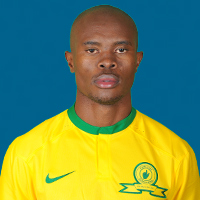 A defensive midfielder by trade, Mbekile has found form at Sundowns in defence. The former Moroka Swallows man has been deployed at right-back by Pitso Mosimane to great effect with the 28-year-old relishing the freedom given to him down the flank. Mbekile is an extremely skilful footballer, who has a knack of setting up goals for his teammates with lung busting runs, or a bit of trickery down the touchline.