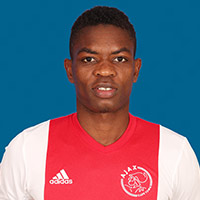 Ghanaian defender Lawrence Lartey enjoyed a solid first season with Ajax Cape Town, appearing in around half of the club’s top flight matches. The 22-year-old faces some stiff competition to establish himself as a regular, especially with some of Ajax’s signings this year, but he will be confident of taking his opportunities with the Urban Warriors.