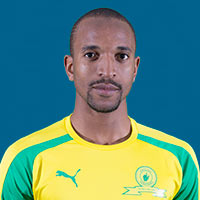 Tiyani Mabunda's story is quite remarkable; the former Black Leopards midfielder hardly had a look in, in his first three years as a Mamelodi Sundowns player. 'Sugar' finally established himself as a first team regular in the 2015-16 season, having patiently waited for his turn in the limelight.The Brazilians rued the departure of Bongani Zungu, who penned a pre-contract with Vitoria Guimaraes in January 2016, but in Mabunda, Pitso Mosimane found an adequate replacement. Made his mark towards the back end of the 2015-2016 campaign; carrying his good run of form into the 2016 CAF Champions League group stages and all the way to the final as the Brazilians lifted a maiden African crown.