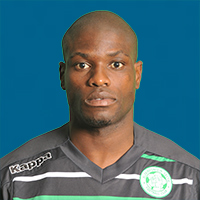 Lerato Lamola enjoyed a breakthrough campaign in 2014/15, scoring 13 goals in the league. The Tembisa-born player was the subject of much transfer speculation, but has remained with Bloemfontein Celtic and will look to continue his scoring form with the club. In addition to representing Vardos FC and Roses United earlier in his career, Lamola has also now played for Bafana Bafana.