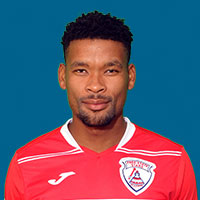 A talented left-back who is now in his fourth season with Free State Stars, Bokang Thlone was a regular through the 2015/16 campaign and will expect to continue where he left off. The 25-year-old gets up and down the pitch with great energy and defends solidly. He was previously on the books of Platinum Stars and Kaizer Chiefs as a junior.