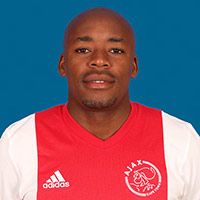 Bantu Mzwakali enjoyed his best season for Ajax Cape Town in 2015/16, establishing himself as a regular even though many of his appearances were as a substitute. A quick, attack-minded player, Mzwakali will look to sharpen up his final pass/crossing and shooting to become even more of an effective attacking weapon for the Urban Warriors in the 2016/17 campaign.