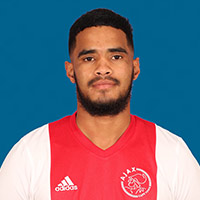 Tashreeq Morris played in about half of Ajax Cape Town’s matches through the 2016/17 season but spent the latter half of the campaign out with long-term injury. The 23-year-old attacker will hope to feature more prominently in the new 2017/18 season and improve his goal-scoring record. The Mitchell’s Plain-born player has represented South Africa at junior international level.