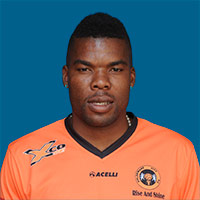 The right back featured for the club when it was still known as Bay United.

The full-back will have no easy task coming up against the heavy weights in the league but he will be out to make sure he gives a good account of himself.

He will be hoping for an improved season after only managing four games in Rise and Shine's first season in the top flight.