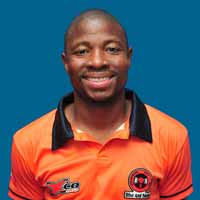 Despite seeing more game time in the past two seasons, Tlolane has failed to find the back of the net regularly and will now pull up his socks upfront to help the team finish in a stable position. In his first season, his goal was nominated for goal of the season and he’ll look forward to the new season with hunger.