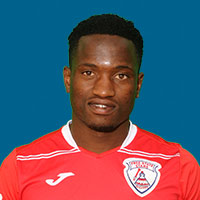 Moeketsi Sekola was unable to recapture the immense scoring form he showed for Free State Stars in 2014/15, netting just twice in 16 league appearances in 2015/16. The 27-year-old forward will be keen on returning to peak form for Ea Lla Koto in the new campaign, which will be his fourth with the club since joining from Roses United in 2013.