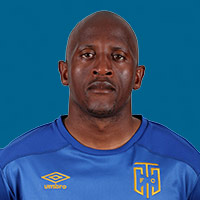 Veteran defender Vincent Kobola appeared in just under half of Cape Town City’s matches in the 2016/17 season, but was regarded as one of the club’s most valuable players for the way he boosts team spirit. The 32-year-old, who usually plays in the right-back position, has vast experience at the top flight level after representing the likes of Moroka Swallows, Jomo Cosmos, University of Pretoria and Black Aces. He may no longer be a first choice in the starting XI, but he remains an important squad member.