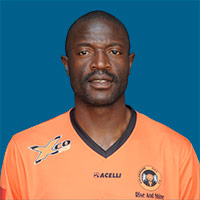 The Big Mamba has been rewarded with a contract renewal following his outstanding displays upfront. He is seen as a teacher more than a player as he guides the likes of Puleng Tlolane in their attack. Although he hasn’t been prolific in front of goal, he has managed to create and assist as he remains a target for most defenders.