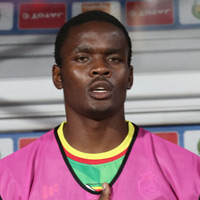 A hard-working defensive midfielder, Danny Phiti has been based in South Africa for the last four years. The 29-year-old was part of Zimbabwe’s squad for the 2017 AFCON and made his international debut in May 2014 under former coach Ian Gorowa.