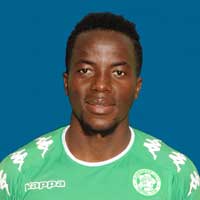 After Atusaye Nyondo's University of Pretoria contract expired at the end of the 2015/16 season, Bloemfontein Celtic decided to sign him. The Malawi international replaced Ugandan striker Geoffrey Massa in the Phunya Sele Sele team.