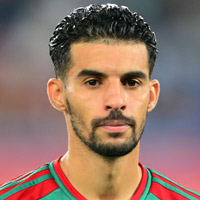 The experienced attacking midfielder was eligible to play for both Morocco and Holland, but he chose to play for the Atlas Lions and he made his international debut against the USA in May 2006, and he went on to represent the North African side at the 2012, 2017 AFCON, and 2018 FIFA World Cup finals.