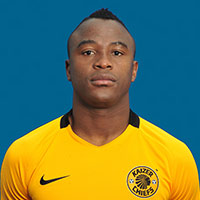 One of the most consistent left-backs in the Absa Premiership in the last four years, Tsepo Masilela remains a key member of the Kaizer Chiefs defender. The former Bafana Bafana international and Getafe CF defender has new rival for the left-back position in Sibusiso Khumalo.