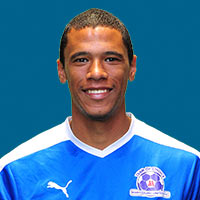 Bevan Fransman is one of Maritzburg United's most experienced players. This is the towering central defender's second season with the Team of Choice having joined the club from Bloemfontein Celtic.