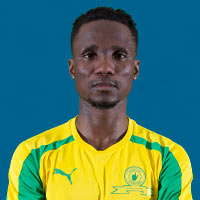 Entering the twilight of his career, Teko Modise was used sparingly throughout the previous campaign. The former Orlando Pirates midfielder, though, is still a class act and has been vital to the Brazilians firmly establishing themselves as the best team in South Africa. An example to those coming through the ranks, Modise is always in tip-top shape. Will be hoping for more success with the Brazilians having earmarked the MTN8 and Caf Champions League as two tournaments he is desperate to win before he retires from the game. Deadly from set-pieces, the South African playmaker is one of the most talented players to have graced the pitch in the PSL over the past decade.