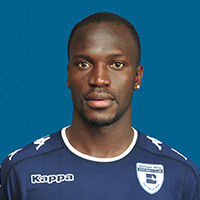 A consistent performer in his time at Mamelodi Sundowns, Malajila was one of the club’s stand out players during the 2014-15 Premier Soccer League season. The Zimbabwe international chipped in with 11 goals and 11 assists for the club as they relinquished their league title to Kaizer Chiefs. But, having lost his spot in the team to Leonardo Castro, the former Maritzburg United forward completed a move to Bidvest Wits ahead of the 2016-17 campaign - in a deal that saw Sibusiso Vilakazi head in the opposite direction. What makes Malajila different from his peers is his work rate, he doesn’t just finish off chances, but also sets-up goals for his teammates. Malajila is also very good in the air, despite being of average height and is considered a major coup for the Clever Boys. Could be just what Bidvest Wits need as they eye league glory.